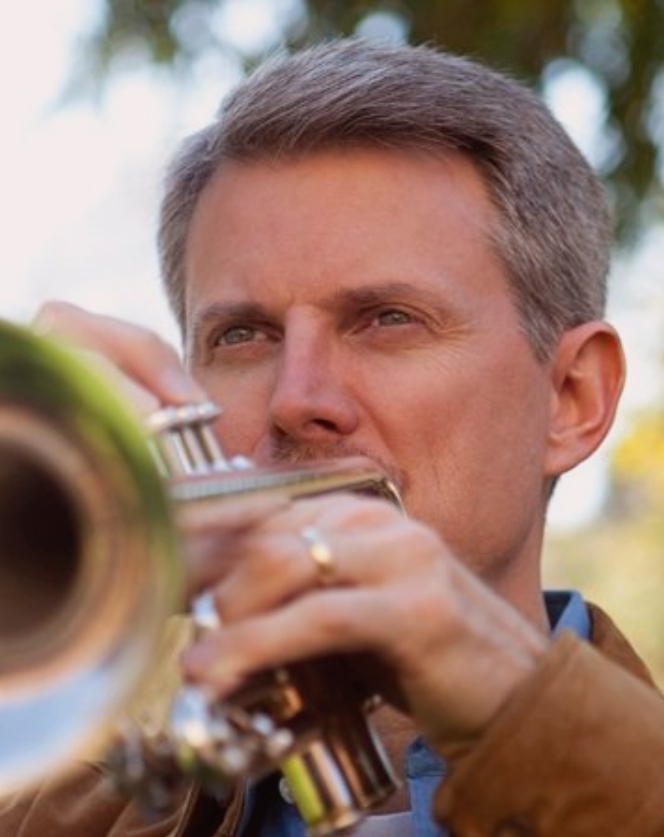 Tim Hudson is a Yamaha Performing Artist, Summit Recording Artist, Associate Professor of Trumpet at Gardner-Webb University, a founding member of Carolina Brass and in 2015 joined The Rodney Marsalis Philadelphia Big Brass. He is a graduate of Indiana University, New England Conservatory of Music, and UNC Greensboro.

Mr. Hudson performed and recorded a PBS Special with the Canadian Brass, Canterbury Brass and Star of Indiana, and has recorded for Summit Records, Academy Sound and Vision, Ltd. (London), OSEM (Mexico), Mode Records (NY), Mark Records (NY), Mellencamp and Associates Group of the Navarre Corp. (IN), and IBA (Israel) labels. As an artist/educator, he has performed throughout the US, Mexico, England, New Zealand, Taiwan, Israel, China, Austria and Italy. He has been a winner of chamber music competitions at Fischoff (IN), Coleman (CA), and the NY Brass Conference Quintet Competition. His interest in new music has led to dozens of world premiere performances and recordings including Copper Lake Fantasy by David P. Jones, written for Mr. Hudson and Boston Symphony Orchestra Pianist Deborah Dewolf Emery, Piedmont Suite for Carolina Brass by Arthur Frackenpohl, and Language Of The Soul by Gwyneth Walker, which Mr. Hudson premiered live on NPR’s The State of Things.

As an educator, Mr. Hudson has been teaching trumpet since 1983 and began his college teaching career at the age of 25. He was the primary Instructor of Trumpet at the Crane School of Music, SUNY Potsdam where he received “The 1991-1992 Most Outstanding Faculty Member” award for the State University of New York at Potsdam. He has also taught at the Conservatory of Music of the State of Mexico, was Associate Instructor of Trumpet at Indiana University, Visiting Professor at USC Columbia, Lecturer at the University of Tennessee Knoxville, Brass Division Head/Professor of Trumpet at Tunghai University in Taichung, Taiwan, Lecturer at UNC School of the Arts, and Orchestra Conductor and Trumpet Instructor at High Point University. From 1990-1998, he was on the music faculty at the New England Music Camp in Oakland, Maine, and for two summers, on the Artist/Faculty of the Affetti Music Festival in Anchorage, Alaska. Mr. Hudson has given numerous masterclasses and solo recitals at many of the nations leading universities. He regularly publishes articles, arranges and transcribes music, is a former member of the Board of Directors of the International Trumpet Guild, a Record Reviewer for the International Trumpet Guild Journal, and an adjudicator for the National Trumpet Competition. He is a member of Phi Mu Alpha, as well as the national honor societies of Pi Kappa Lambda and Phi Eta Sigma. His former students currently hold or have held positions in orchestras such as the LA Philharmonic, Houston Symphony (Associate Principal), Mexico City Philharmonic (Principal Trumpet), Charlotte Symphony (Principal Trumpet), Dallas Symphony, Colorado Symphony (Principal Trumpet), Charleston Symphony (Principal Trumpet), play on Broadway, freelance successfully, teach k-12, are university professors, the senior brass instructor for Carolina Crown, and former member of the Glenn Miller Orchestra.

Mr. Hudson is the founding member and Director of the Carolina Brass, an ensemble committed to arts in education. Under his direction, Carolina Brass has become a national touring ensemble and Summit Recording Artist, with compact disc recordings distributed internationally on the Summit Record label and broadcasts on National Public Radio and UNC-TV.