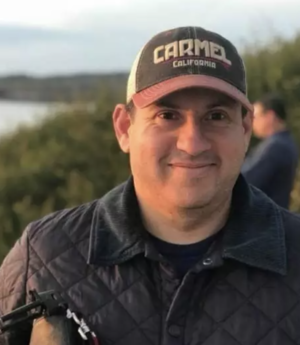 Joshua Lewis’ love of music started at a very young age. Music was playing in his household around the clock, with his mother playing Carol King, Queen, and latin american folk music during the day. His father would put him to sleep to Pink Floyd, Vivaldi, and Dave Brubeck with a late 70s Onkyo receiver, Technics turntable, and huge floor standing speakers. At age 5 Josh began to take weekly piano lessons which he would continue to do well into his undergraduate studies at Colgate University.

At Greenwich High school, in 1994 Josh was turned on to midi programming in a Music Technology class. His fascination with recording continued with professor Dexter Morill at Colgate University. At about this time he purchased his first 4 track Sansui tape recorder from lifelong friend and bandmate, composer Matt Whyte.

He then moved to Miami, Florida to start a career in recording engineering, spending most of his time at the city’s famous Studio Center. Here he became a staff recording engineer, and had the pleasure of working with recording artists from multiple genres. He has worked with Hip hop artists like Lil Wayne, Juvenile, Fat Joe, Trick Daddy, Pit Bull. Pop/RNB acts which include T-Pain and (his all time favorite studio experience) Kool and the Gang. Recording sessions with latin artists like Ricky Martin, Shakira, Tito Nieves, Willy Chirino were also formative experiences in his recording career. During this time, Josh was able to assist Jamie Graf in building one of the world’s first fully integrated (Hybrid) recording studios (designed by Pilchner Schoustal),  Supersonic Studios. It was featured on the cover of Mix Magazine’s March 2005 issue. This experience gave Josh the confidence to build, wire, and integrate some of the finest studios in the world over the following 15 years.

To supplement his income, indulge his recording gear lust, serve and educate recordists, and placate his new wife Charlene, he decided to start a retail company named Little Fish Audio in 2009. This company, since renamed “The Urban Recording Company”, has assisted over 10,000 customers achieving their goals in the recording studio. It’s “service first” focus has been to educate and assist recordists in making optimum recording equipment choices, and also build and integrate world class recording studios.

In 2010, Josh was introduced to Anthony Fernandez at a Solid State Logic event that Little Fish Audio was sponsoring at Supersonic Studios. Both products of growing up in the New York City metro area, their friendship developed immediately, with their shared obsession for music technology and quick new york wit. They have together built and integrated dozens of world class recording studios, and several mobile “Tour Bus” recording environments.
As a recording industry veteran with 20 years of experience at the highest level, Josh also enjoys being a “father and husband first.” His wife Charlene, and children Julia and Jacob are his “raison d’etre.” As a person in recovery from alcoholism for over 17 years, Josh now gets true fulfillment from helping others to achieve long term sobriety, and enjoying the simple things. Wonderful relationships are what he values above professional and financial success.
Email